“What I really enjoy about the business is that people only come to us for one reason,” said Paul Neumann, co-owner of Anchors Aweigh in Lakeland, Minnesota. “They’re looking for a way to invest time with their family and friends, which is great. It’s a great sport, because young and old can all do it together.” 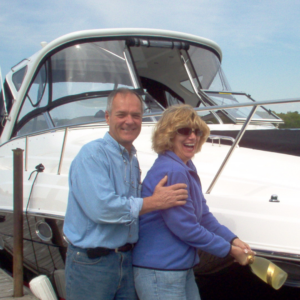 It’s all about family and celebration! Every time people become owners of an Anchor’s Aweigh boat, they christen their new life chapter of fun and adventure by breaking a glass of champagne. Welcome to the family!

Owners of Anchors Aweigh Boat Sales, Nancy and Paul Neumann, have their priorities straight in life and in business. It’s all about family, partnership, and helping others out. They’ve specialized in boat sales, repairs, storage and winterization services since 1974 and it’s always been a family affair since the beginning.

That’s why we enjoy working with them to cross-promote our services for over 20 years – we have the same values.

“It pays to have a second opinion when it comes to boat insurance, especially if you are using generalized insurance,” said Nancy Neumann. “It’s not just about getting the coverage – it’s the customer service and the follow-through and that’s what Aircraft and Marine emphasizes. Aircraft and Marine is always on time and always on top of a repair, which means paying out the premium. They provide excellent coverage.”

And Paul and Nancy know their way around boats and what makes for good marine insurance. Paul has been in the business since high school, starting out as a mechanic and working through the ranks, eventually becoming a general manager. After all this experience, Paul started to think about how he could venture out on his own. 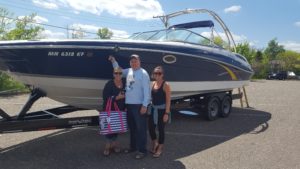 That’s when Nancy came into the picture and it was the perfect partnership. They started their own business, combining their  history of experience working all of the jobs it takes to run a boat sales and repair company.

“So it only made sense. We’re a family business. We also employ our two daughters,” said Nancy. “We have other people in our group, but we’re a real tight knit crew. We’re like a big family.”

Anchors Aweigh takes a similar approach to us when it comes to emphasizing customer service and being available when customers need help.

“We’re all about customer service before, during and after the sale. A lot of people fall short on that after the sale,” said Nancy. 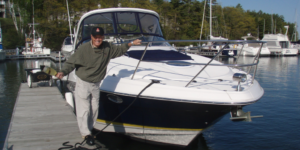 We truly value our partnership with Anchors Aweigh. We are both in business to invest in people – to help them continue to enjoy the past times they value most with friends and family with the right boat, insurance and customer service that gives them not only peace of mind, but the understanding that someone always has their back.  We are your partners and we are available when you need us – no questions asked.

Nancy and Paul have a good sense of humor and they are great at helping you realize why life is really pretty dry without a boat, which is their tag line. You really don’t know what you are missing if you are not on the water, especially with their caring customer service to help you stay afloat.

Get a quick quote on marine insurance: aircraft-marine.com/marine-insurance

“I feel I have somebody I can call if something does happen. Aircraft & Marine is going to help. They will look at the policy with you and be competitive on exactly what you need.” 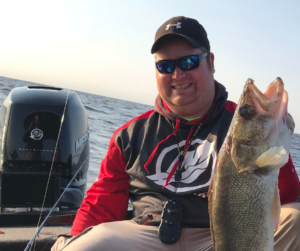 When Bjorn Horgen, a Minnesota tournament angler, first started talking competitive fishing with us at a boat show, he wasn’t interested in discussing boat insurance. After all, he was our neighbor at the show, exhibiting for Garmin, and he already had a policy on his Ranger FS621.

“I shot them (Aircraft & Marine Insurance Company) down at first. Yet from talking with them, I know the guys from Aircraft and Marine are really down to earth, and they really believe in the product they sell,” Bjorn added. “These guys are in it because this is what they love and they enjoy doing it. It’s not about gaining a few more customers. That’s what I look for in companies I work with.”

For comparison purposes, we asked if Bjorn would give us the chance to quote him on an angler policy.

“They (Aircraft & Marine) were extremely easy to work with and were willing to sit down and say, what did you need on this part of the policy? How much on this one?” Bjorn relayed. “They actually blew my other policy out of the water and helped me get better insurance on my boat than I already had.” 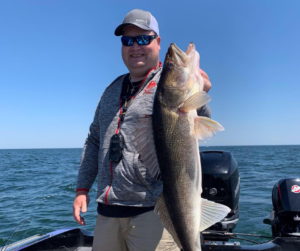 tournament angler is to carry a much higher dollar amount on liabilities. The ability to provide that is a niche insurance industry offering. However, it was also Aircraft & Marine’s customer service that won Bjorn over.

“I’ve dealt with other companies in the past, and they’re not the easiest to deal with. Yet the guys from Aircraft & Marine — they really stand by their product and customer service is one of their assets,” Bjorn discussed.

For the 40 days or more Bjorn is on the water from April to the end of September participating in fishing tournaments, having great customer service and a standout insurance policy gives him peace of mind. He doesn’t have to worry and he knows he is protected with a good company behind him and his boat.

“The biggest thing is knowing that you’re covered correctly,” he said. “And I know that they (Aircraft & Marine) understand that every person is a little different in how they need to be covered and protected.”

As he travels the water this tournament season, we are sincerely grateful and honored to have Bjorn’s boat wrapped in our Aircraft & Marine logo as he passes out information, educating others about our services.

“I feel I have somebody I can call if something does happen. Aircraft & Marine is going to help,” Bjorn explained. “They will look at the policy with you and be competitive on exactly what you need.”

And it’s an understatement to say that Bjorn knows something about competition, making him appreciate an insurance company that’s willing to go head to head with him. Being competitive is something he values, first as an athlete in high school and then in college too. As a college freshman, all it took was an ad on TV about participating in a professional fishing tournament and he was hooked for the whole season. That was 15 years ago. 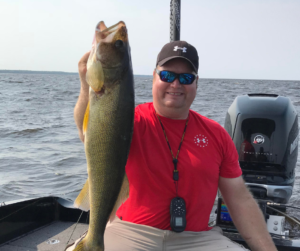 he was 10, he soon learned that competitive fishing was a new world entirely and he had to up his game. He welcomed the challenge and it wasn’t long until he crossed from the amateur to the pro circuit. Since then he has won a state walleye championship, qualified for a national championship as one of the top five anglers in Minnesota, and he has been close to winning Angler of the Year. That’s not to mention all of his dozen or so top 10 finishes.

Yet despite Bjorn’s success, he’s pretty modest, saying that while his accomplishments look impressive, he always feels like he could do better. What keeps him grounded is knowing there are people to support him and provide that true, honest experience.

“It’s not just about selling insurance,” Bjorn concluded. “It’s about a real relationship. That’s what Aircraft & Marine believes in building.”

Learn more about our Angler’s Choice Policy and get a quick quote.

Aircraft & Marine Insurance has always gone over and above with any questions, quotes, and assistance for my aircraft to make sure I’m taken care of. Many times, Kevin and I have laughed, calling after hours and finding one another still at work.

In business since 1982, Aircraft & Marine Insurance Agency, Inc. specializes in aviation and aircraft insurance, hangar insurance, and boat insurance. Our unique team is comprised of licensed pilots, former aircraft insurance underwriters, and boating enthusiasts. We handle insurance within the U.S. and internationally. Meet Us